skip to main | skip to sidebar

Unfortunately for me, this year the 12x12 Vancouver Photo Marathon coincided with a planned vacation in Whistler. The two other times I've participated (2009 and 2011) were tons of fun. The excitement, the challenge, camaraderie, everything. I know from past marathons that others have participated remotely: the inaugural event's winner participated from Europe in 2010, and another marathoner did a brilliant job of working the themes into a day of wedding shots. In my case, I would be spending the day mountain biking in Whistler Valley and taking in some of the Crankworx mountain bike festival action. Angela Chih, 12x12's organizer, was kind enough to send me the themes throughout the day, providing inspiration for a mountain bike themed remote entry.

Since a large part of the day was spent riding, I knew I had to travel light. My kit was as follows:

Angela gave me a made-up entry number: 71. At the beginning of the day I met my riding mate, Steve, at his accommodations. He was riding a Rocky Mountain Element 70. The "colour" is the missing 1. I just made that up right now. 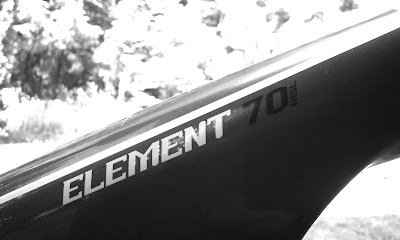 Theme 2 - Through the Looking Glass

I'm an (overly) analytical person, which tends to result in a fairly literal interpretation of themes. As Steve and I were planning our route, I shot a "rider's eye view" of the trail map through my sunglasses. 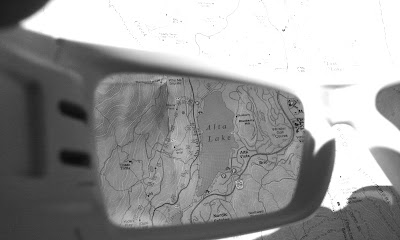 I received theme 3 from Angela at the base of a "burly" (in Steve's words) 200m climb. I spent the next hour grinding up countless switchbacks in the scorching heat over rough terrain with the word "nude nude nude" repeating in my head. When the trail finally levelled off I got the idea to photograph some bare feet. They're really the only part of the body that needs to be clothed while bike riding. 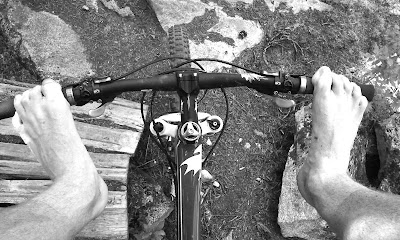 While descending back into the valley we came across a clearcut in the forest. There is a section of trail that is under construction: the newest addition to the Sea to Sky Trail. In 20 years, the forest should hopefully start to recover and I'm sure the trail will be fantastic. 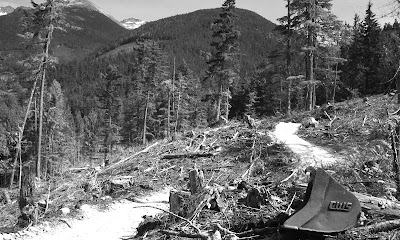 Returning to the condo after a leg-numbing four hours of riding, I saw an old (early 90's) Kona mountain bike. In the world of mountain bikes, that is SERIOUSLY old school. 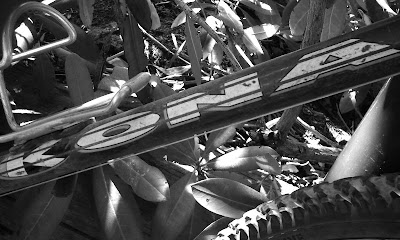 Hey, that baby has three cars on his shirt! I thought the photo was taken right as he looked into the lens, but alas, he looked away right at the last instant. 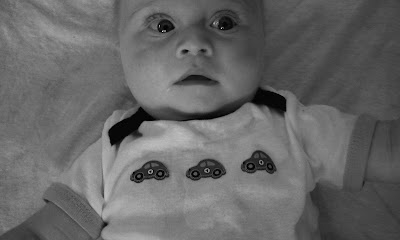 After a quick swim in Alta Lake and a shower, the Joyride jump competition, undeniably THE feature event of the Crankworx festival, was underway. This is possibly the only moment when I wished my kit contained a zoom lens (and, obviously, an actual camera on which to mount it). 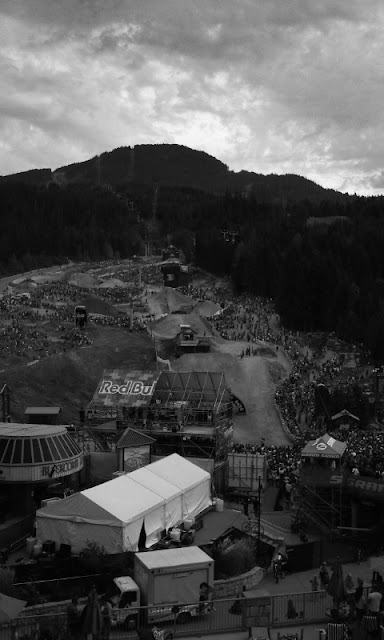 I hid some beers in my camera bag. No clanking bottles; no grounds for search, right officer? 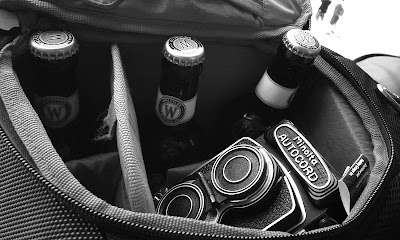 The Brewhaus in Whistler has a train running in a circuit suspended above the dining room floor. Sounds clever to me. What's extra clever is that they sell advertising space on it. What's not so clever is including half an exit sign at the edge of your photo. My excuse is that I rushed to take this photo because otherwise I would have to wait 10 minutes for the train to make another lap of the restaurant. 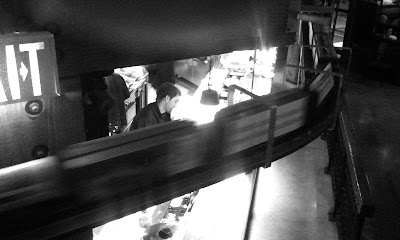 Not too much to say here. This photo does have a certain mysteriousness to it. 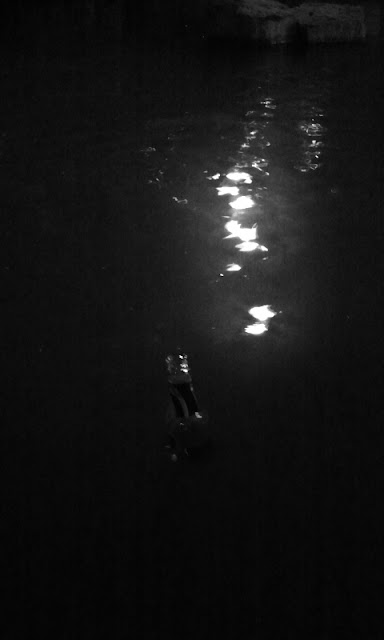 The rings at the Olympic Plaza in Whistler are an extremely popular spot to pose for photos. I took a shot from the background of a family posing for a photographer on the other side. This is the only case where I took more than one photograph to achieve a result I was satisfied with (all of the others were singular shots). 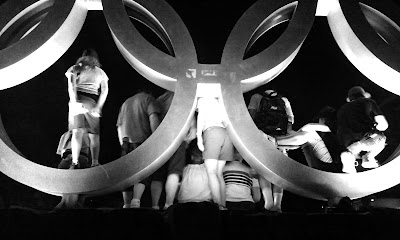 By the time theme 12 came in I was feeling pretty weary. Possibly from the epic ride, possibly from all of the Crankworx excitement, or more likely from the contents of my camera bag; I felt the need to retire to my accommodations. I'll call this non-photo the result of the evening's evolution.
Posted by Mike at 1:32 PM

Mike
I am a PhD candidate in computer science at the University of British Columbia. Sometimes I take photos; sometimes they turn out.